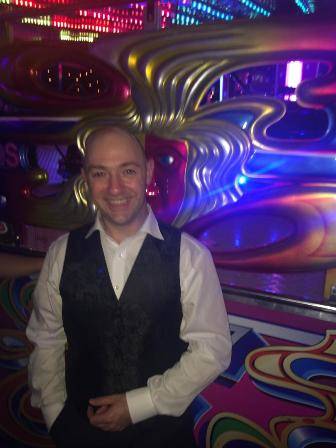 As I was out walking my dog this morning, I started to reflect on the events of the last few months and my past life as a compulsive gambler. I thought I should explain a bit about how this whole thing happened, but if you’ve not already done so I recommend reading Gambling Addiction & Me and The Year That Changed Everything first to get fully up to speed. Or click Compulsive Gambling if you want my take on how you might spot you’re a gambling addict. You can find a full list of my blogs here.

I currently work in a job that I think needs a lot of brain power in order for me to work to a reasonable standard. That’s not me saying I’m brainy by any means. It’s just that it takes a lot of mental effort for me to function at a level that won’t get me fired. However, recently it became necessary to take some time away from my job and confront the many issues that I had going on at the time. Not only did I have to confront my compulsive gambling addiction full on and stop, but I had to confront why I became a gambling addict in the first place.

How I Stopped Gambling

That thought process began in June 2018 and on 2nd July, 2018 I signed up to GamStop UK. I’ve written about that in How To Stop Gambling- An In-Depth Guide  but basically GamStop blocks all access to any online casino/ gambling websites. As much as you’ll hear me talk about how we get bombarded with damaging gambling adverts here in the UK, I do think we have lots of resources available to all compulsive gamblers looking for help to stop gambling. GamStop pretty much stopped my addiction dead in its tracks overnight, however in doing so it also took away my gambling crutch that I had become reliant on for more than 30 years.

It’s at this point that I started to unravel. Taking away my escape of playing online slots meant that the floodgates opened in my brain to all the other issues that gambling was keeping buried.  I had no choice but to deal with the real world again, and to do that I first had to come to terms with my past before coming to terms with my present. As if that wasn’t quite enough to deal with, I then had to contend with a brand new role within my job that would require a hell of a lot of learning in a very short space of time. All the while, I was mentally collapsing…

The result? My brain broke. It was a case of information overload and if I compare myself to a computer you would have seen a spinning ball of doom or critical error. What do they call it these days? An outage? Yep, I had an outage. A visit to the doctors then followed and I remember the look of sympathy and shock on his face as I explained 30 odd years of slot machine addiction which had been threaded into years of a violent alcohol fuelled upbringing at the hands of my father. He was even more shocked when I told him the constant loop of thoughts that had been spinning in my head for roughly the same amount of time. It took me about 20 minutes to give him the full story and it took him about 20 seconds to diagnose Complex PTSD with a side of Pure OCD. And suddenly everything began to fall into place as I realised my gambling addiction & mental health issues were intrinsically linked. 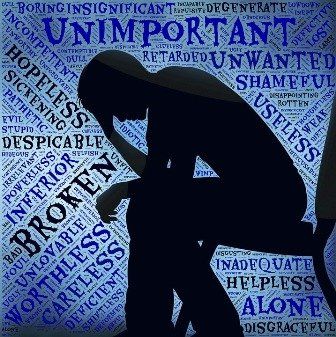 So I was officially broken and was forced to take sick leave. That was just over 4 months ago, and again if I had to compare myself to a computer then the time off sick was a proper re-boot. I immediately switched off from everything and was able to do so because I had a diagnosis and knew I could be fixed. So that folks is what I’ve been doing with my time along with a stack of therapy to confront everything from post-traumatic stress, to OCD, to being a compulsive gambler. The therapy helped me appreciate that I could never win, and I’ve even had to learn the true value of money!

But what happened to me when all the mental pressures that had been building inside went away? Well at first, nothing but a total switch-off. Then what happened (so it seemed) is that in the absence of all the information overload that has now been processed through therapy, my brain craved a challenge. I could have just done a crossword puzzle. I could have taken up cookery classes or learned a language. Instead, it kind of panned out like this:

My brain: “Get real. You struggle with the TV remote, and bump into things like a 3 year old!”

My brain: “Really? You REALLY wanna to do this?”

And so with me and my brain now working as a team, and the compulsive gambler inside me now dead, Quit The Casino was created. However, you need to realise that what you’re currently reading on your screen is based only on the fact that I know how to type. All the other stuff has just happened out of pure trial and error and countless YouTube tutorials over the last 5 months. It amazes me that this place even exists let alone all the other stuff that goes alongside it. Did you get an email when you signed up to the site or registered for my newsletter? Well I have no idea how that happened…I just kind of did it.

I’ve created Quit The Casino for the compulsive gambler and have no real idea as to what I’ve done. I have no idea if it will succeed and grow but if it doesn’t, it’ll be the coolest fail I’ve ever achieved. I hope you stick around to see what happens because you won’t find this on any other gambling therapy site! What do you think? Are you in?

Quit The Casino is a free resource and I would like to keep it that way. However, producing a website isn’t free and incurs fees for hosting, domains, security and all the components that make it work.

If you’ve found any part of the site useful, then I would be grateful if you would consider encouraging its continued development by making a donation towards its upkeep. You probably wouldn’t be here if you weren’t in difficulty, but being here is considerably cheaper than the cost of gambling!

END_OF_DOCUMENT_TOKEN_TO_BE_REPLACED

Get Connected In Our Private Community!
Join The Gambling Recovery Site Revolution!
Join us now, it's free!

Are you sure you want to delete your Profile?

This will remove all of your posts, saved information and delete your account.

This cannot be undone.