Are You A Compulsive Gambler? 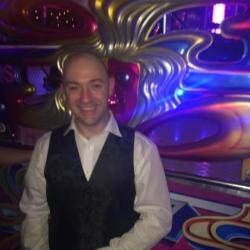 If you think you know about Obsessive Compulsive Disorder (OCD) then there’s a reasonably fair chance you would be wrong. Unless you have OCD, it’s difficult to appreciate just how distressing it can be. You may hear many people say things like, “That’s my OCD kicking in,” when they rearrange their desk after someone else has been sat there. Or they may jokingly comment about having OCD when they’re teased for insisting things are done a particular way. However, OCD is more than that because unless that person ends up in a cycle, it’s probably just their personality.  So, what do I mean by obsessions, compulsions, and cycles? Obsessive Compulsive Disorder is all about distressing cycles and the condition is easiest to describe in 2 parts.

Obsessive Compulsive Disorder begins with an obsession, which is quickly followed up with a compulsion. The hand washing scenario is a good example to illustrate this. Here, the obsession part would be that the sufferer would constantly believe that they need to wash their hands because they are dirty or contaminated somehow. This obsession is often accompanied with the fear that they will contaminate something and cause harm to someone.

The obsession is quickly followed by the physical action of washing and this is the compulsion. The compulsion is designed to right the wrong created by the obsession. However, what sets OCD sufferers apart from those who just have high standards of personal hygiene, is that the compulsion will never satisfy the obsession. This means the sufferer will constantly be living with continuous urges to wash their hands. A seemingly endless cycle is then created. That cycle can go on for a substantial time before the sufferer is finally (but temporarily) satisfied enough to stop. The overall result is that the sufferer will spend much of their day in an anxious and distressed state. This is especially true if circumstances interfere with the ability to perform the compulsion. 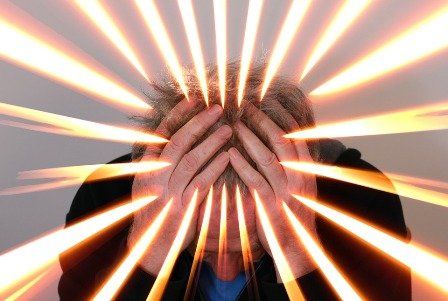 This premise can also be applied to checking locks and windows etc, which ordinary people do without issue. For an OCD sufferer though, there will always be self-doubt that the task or compulsion hasn’t been done correctly. The obsession will then demand the compulsion is repeated, and the sufferer won’t rest until it has been.

It’s widely accepted that all forms of OCD are based on anxiety. The source of anxiety can seem disconnected from the OCD but often there will be a link, and this can often be due to past bad experiences. For example, a sufferer may have experienced a burglary as a child and may for some reason have blamed themselves. The OCD could then manifest itself by constantly checking the windows are closed in later life. Whatever the cause though, obsessions present as something that isn’t right in the world of the sufferer that needs fixing. OCD plays on the worst fears of the sufferer who will constantly try to right a non-existent wrong because that’s what the condition demands.

There are differing opinions regarding Pure OCD. Some argue that it’s simply OCD, whilst others believe it deserves its own category. I’m no expert but I do share the latter opinion. Pure OCD is still anxiety based but it presents very differently to that of its more recognisable counterpart. There is also an argument that suggests Pure OCD is far more distressing because it’s conatined entirely in the mind of the sufferer.

The difference between the two conditions?

Put simply, there are no outward signs of Pure OCD. The obsessions are still present, but the compulsions also take place in the sufferer’s mind. The cycles here are known as ruminations which will result in sufferers constantly engaged in mental turmoil.

Just as the more common forms of Obsessive-Compulsive Disorder are anxiety based, the same is true for Pure OCD. However, with Pure OCD, the obsessions typically don’t just make the sufferer obsess over cleanliness or security. Rather, they attack the sufferers core values and exploit their worst fears. The obsessions manifest themselves as flash images known as intrusive thoughts which can occur dozens of times in a day.

For example, if the sufferer is someone who abhors violence, then they will often get violent intrusive thoughts. It could be a split-second image say of them stabbing someone they love, a mother could picture killing their child, or the image could be inappropriately sexual. This could be picturing a sexualised image of a relative, their boss, or even children, the elderly or animals. There is no limit to the horrors the brain can unleash for a sufferer of Pure OCD. In all cases though, it will cause considerable distress and kick off invisible mental cycles or ruminations. OCD sufferers will go through this countless times in a day, often too terrified to ask for help.

In Pure OCD, the compulsions are hidden. Once a sufferer gets an intrusive thought then the compulsion follows inside the sufferer’s head. This typically begins with internal questioning as to why they had the thought in the first place. The questioning will usually be followed up with hours spent trying to convince themselves they wouldn’t carry out the thought, or the thought does in fact disgust them. All the time, the counter argument of why they thought it in the first place continues, creating a never-ending cycle.

The sufferer may find themselves using Google to compare themselves and their personalities to that of notorious serial killers. This will be to convince themselves that they’re not really that person. What the sufferer fails to realise is that the very fact that they are questioning themselves this way is what sets them apart from someone who can carry out such actions. They don’t see that what they’re suffering from is OCD and the intrusive thoughts they’re experiencing are a direct attack on all the values they hold dear.

Intrusive thoughts are surprisingly common for everyone. However, what separates a non-sufferer from someone with OCD is what they choose to do with those thoughts. A person without the condition will barely give them any thought whatsoever. Some may even laugh them off. This is exactly what should be done because they are a meaningless symptom of stress or anxiety. Instead, a person with Obsessive Compulsive Disorder will cling onto them, inadvertently giving them meaning by trying to analyse themselves. In other words, they are checking themselves just as someone else with regular OCD will check locks or wash their hands.

OCD is a recognised mental health condition that is unlikely to improve without some form of intervention. Unfortunately however, many sufferers do not seek help due to feelings of shame or embarrassment. Help is available in the UK, and you do not need to go through your doctor to access it. Nor does your doctor need to know that you are seeking help for it unless you give permission.
Obsessive compulsive disorder can be caused by many factors and it can develop at any age. However, the treatment is pretty standard and usually the first option is Cognitive Behavioural Therapy (CBT). This treatment helps get to the root of the anxiety or fear that are causing the OCD. It is generally seen to be highly effective and is often offered in conjunction with medication called Selective Serotonin Reuptake Inhibitors (SSRI)
For more information check out the NHS page for OCD

Read more on how my story began and how things really started to wrong. Or read about the horrific effects that OCD had on me. You can also find out more about the history of Quit The Casino.

You'll be notified of new blogs and information to help you on your recovery journey. Joining the newsletter wont result in useless spam and your details will never be shared!